A Community Celebration of Science

Science enthusiasts from in and around Pasadena were welcomed to campus on Saturday, March 16, for the second annual Science for March celebration.

The free event, organized by the Caltech Postdoctoral Association; the Graduate Student Council; the Center for Teaching, Learning, and Outreach; and Theater Arts at Caltech aimed to inspire the next generation of scientists and engineers.

Visitors of all ages, including elementary school student Hazel Jennings (left), were invited to take part in hands-on science activities.

Postdoctoral scholar Cameron Hummels (center, with arm raised) and other volunteers from Caltech's astronomy department led an optics demonstration in which a curved mirror was used to focus sunlight on a marshmallow, causing it to ignite. The curved mirror is similar to those found inside telescopes, which gather light to help astronomers see distant stars and galaxies.

Guests like 6-year-old Vivian Nunan had the opportunity to explore 39 interactive booths on Beckman Mall.

Learning stations were hosted by volunteers from the Caltech campus and JPL, as well as by partners including Pasadena City College and the Los Angeles Zoo. 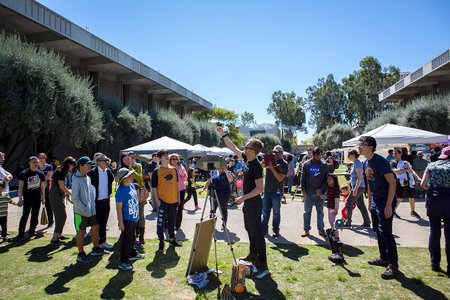 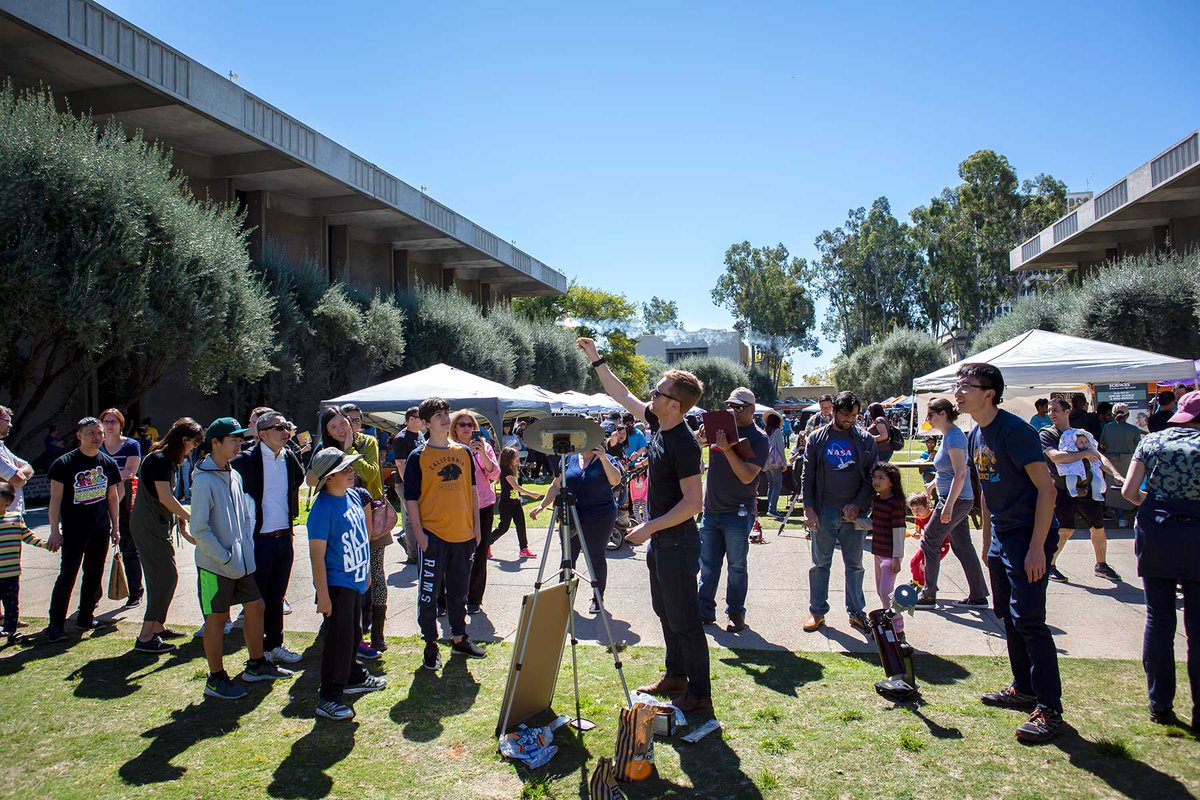